Called Kinlinidi, meaning many homes, by the Dine, but the pioneers called it Flagstaff after the make shift flag staff they made out of a tall tree in 1876.  Nested in the remains of a ancient volcano at a height of nearly 7,000 feet, a tent city was formed in 1881, and by the coming of the railroad in 1882, it was officially a town called Flagstaff. 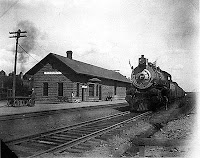 It is this dreamy little mountain town is where I have settled down for a time, as my husband attends college here.  Flagstaff is the home of NAU, as well as some small private colleges, like the one where my husband attends.  I love going downtown and shopping at all the unique shops, with bicycle shops and camping stores everywhere around town, and about as many antique shops to explore, I adore this town!

Here I sit in the scared mountains surrounding Kinlinidi.  I have been snowed in all weekend, with over two feet of snow, and a horrid cold on top of that.  Ahh, such is the life of a steam gypsy.  Soon a friend should be able to rescue me and I can get out to get cold meds at last.  Ran out prior to the roads being good enough to get out.

I have been settled for nearly 8 months now, not traveling more that a weekends trip from home.  I am getting restless.  Even when I was a child, we traveled more than this.  But it looks like I might just get to graduate with my certificate this May, at least that is the goal.  Then some travel this summer, a job, and saving up for more traveling.  ^_^  With what my journey-task is, this should not be a surprise.

What is this about? 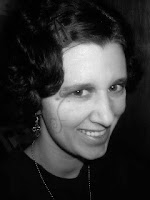 I am a wanderer, modern gypsy of sorts.  I am a traveller, a follower of Jesus, and a missionary.  This blog is to tell the story of those travels, adventures, sorrows and joys from my honest view points.  I will also tell the history of areas, and many times use the local tribal names for locations within my blogs.  Photos, culture, and history for me is a given.  Also, great online shops, thrift stores and antique stores might find their way on to here, not because they ask me to, but because I adore them or something I found at them. 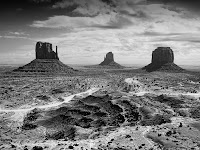 It seems that before me is a new journey, with new places and new faces to see and meet.  Kayenta, Deennihotso, Tuba City, Flagstaff, Gallup, Window Rock, Ft. Definace, and so many more... and that is just in Dine Bikeyah.  While my beloved commits himself to the training of the youth, shall I commit myself to raising awareness of the needs of natives in ministry?  What good will it be to train the youth, if all they can do once trained is sit and warm a pew?  Things have got to change...