Journey of Celts and Subcultures...

Of Celts and Subcultures

Since I was 8, and learned both my birth and adopted families are of Irish blood, I have been fascinated with all things remotely Celtic.  For nearly as long as I have studied the history and cultures of Native America, have I poured myself into the History of Celtic Ireland, and then the Celtic history of Europe.  By age 15, I had found Celtic Christian music, and fell in love with the music of artists such as Moya Brennana, Iona, Eden's Bridge, and the likes.  Then I began studying the lives of Patrick of Ireland, Brigid of Kildare, Columba of Iona, Aidin of Northubria, and many others... their lives began to encourage and shape my own.  Their faith in the Trinity grew mine, and their constrant striving to live simple lives, disciple others, and always show hospitality began to echo in my hearts desires.  Their callings began to melt into my own calling in, where ever I would be able to minister.

At 18 in New Orleans on my missions team, I met my first Christian subculture folks.  This got me thinking, was I also subculture?  I had never fit with the main stream cultures.... and among them I found a home.  The March I was 19, I began to dress like a subculture gal, though through time which one would morph.  This was before all the death and sorrow had flooded my life.  For the next 8 years, I would call the subculture community my home, and to this day many of those who still minister among the subcultures are counted among my family and friends.  Some say that time in my life I was side tracked from my true calling.  I would tend to disagree with that.  While ministering among the subcultures, I met my now husband, Robby.  While working among them, I learned to deal with the issues of putting our faith and lives in Jesus, above what is culturally the norm.  I learned how to divide the good from the bad in a culture, and to focus on the good while slaying the evil parts.  All of this I would need to know once I become a missionary. 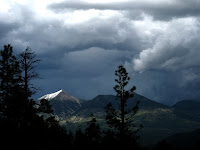 As always, God knew what He was doing on my journey-task... where He was taking me, and where I was going... even if I could not see how each twist and turn, and some of the dark things which happened to me, of which I do not speak... would work together to get me ready for the future.

Of Illness and Death...

The Years of Illness and Death 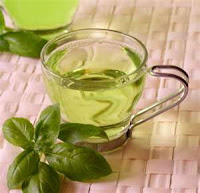 The fall I was 16, I became very ill.  I went to doctor after doctor, and while they could treat some of my issues, not all could they figure out.  Thyrioditis was what they said I had, but the medican was making it worse.  For nearly 2 years, except for a few good months where I got to do things like camp, I was stuck in bed or on the sofa.  Weakness and the fear of death were two of my compainions, and I was just 16 and then 17 years old.  By the May I was 18, the symtoms eased, and I thought I was well for good.  I went both to camp and then to my second missions trip, this time to New Orleans.  While my illness never laid me as low as it did those first two years, it kept haunting me.  Then finally at 21, I learned I had a immune disregulation, that most likely is a cousin to lupus, but not full blown lupus.  The doctor said, since I had such issues with the medicans over the years, to try taking a green tea capusal every day, drinking alot of green tea too, and then eating alot things like brocally and melons.  Not a bit of that hurt my feelings any.  During that whole time I had nearly given up on working in missions, except for short visits.... I thought it would kill me. 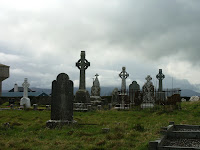 During this time, the summer to winter I was 19, death came visiting my door.  Not my own death as I had so long feared, but the death of many close to me.   It began with the death of a dear friend and mentor, Samuel Meadows, then continued as my uncle Bob (my dad's sister's husband) died, then my mom's cousin, who I called Uncle Phil, then a lady at church who's son I carried for in nursery, then my cousin Bobby-Jo (my dad's sister's daughter; same one who lost her husband).  The death of Samuel had shattered my world, as he had been a teacher, a mentor, and to me, in my strange ways, a father figure.  Then with the other deaths compounded upon it, I entered a fog.  For a time, sharing it with my beloved Elk Hound, Wolfy, aided me, but then she died from cancer during the middle of the human deaths, and I was alone....

While both of these events happend while I was still a teen and into my early twenties, they grew and shaped me in many ways into the woman I am today.   I could not be able to face much I do now, had I not gone through those things when I did.