Of Tribes and Cultures... 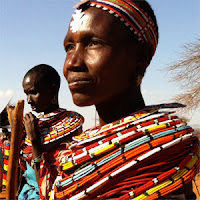 Culture, people groups, tribes, what are they really? What is it that makes one group into a culture/tribe and another just a subculture? Is it the fact that the world has its mind set on one way of doing things, and was not prepared for cultures/tribes to go global on them?

The definitions of Tribe, Culture, and Subculture are as follow:

Subculture: an identifiably separate social group within a larger culture, especially one regarded as existing outside mainstream society.

Culture: A. art, music, literature, and related intellectual activities, B. the beliefs, customs, practices, and social behavior of a particular people, C. a group of people whose shared beliefs or practices identify the particular place, class, or time to which they belong.

Tribe: A. a society or division of a society whose members have ancestry, customs, beliefs, or leadership in common, B. a large family (unofficial) , C. a group of people who have things in common such as an occupation, religion, social background, or political viewpoint.

With all that, I see they are much the same... yet uniquely different.  I wish I could travel more, and maybe even live among the Dine in my beloved Dine Bikeyah... if only my heath would a low it...

It was a cool rain day today, when I got a call from Rayne.  She was at the drivers testing place, here in Wichita.  She had let her licence expire, not realizing it.  So she was here to renew it.  Saddly, her poor truck was seemingly near dead.  The horn wouldn't work, the back was weighed down with the bed, the travel bags, and dog bed.  She called frantic, as the would not let her take the test in her truck.  My dad, who has long counted her his "other" daughter, flew into action.  Within an hour we were down there, our van in hand.   She passed the test with flying colors, LUCKY!  Would that I could do that well...

But Dad was not to let her and her find leave that fast.  He had brought nice hot food for them, and the dog.  Rayne gave us both a giant hug.  "It's been along time since we have been treated this good.  Thank you!"  I was given a hand made bracelet.  I plan to wear it till it wears out.  ^_^

Posted by Unknown at 6:27 PM No comments: