Warriors of The King 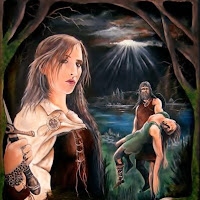 Fighting in the valley of the shadow of Death, many they have been wounded.  Many lay upon their mats, nigh to the pains of death.  High King to come, High King to heal...these His wounded ones. 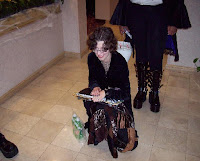 I was blessed to be one of the speakers at the Gathering this year (I taught on being servant/warriors for God), our first year in North Carolina.  From the time I got off the plane on Friday till I went home on Tuesday... I had never felt so much apart of a family. So much freedom, so much joy....trials come and go...but family remains. I was blessed to get to meet face to face: Donna and Mike, my mentor, Kathi, and friend Mo... Robby could not make it as he was visiting a friend in Texas.  I also meet new friends in Elphie, Steve "Racer", and Rev. Dave.


Every speaker had something to say that the Lord had lain on their hearts.  Worship was out of this world thanks  to Steve "Racer".  Our times of fellowship at The Well were priceless. 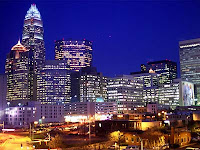 For me, just knowing that this is where I belong for sure...out here ministering in the shaddowlands and the open road...was the major key.  I have been out here, in ministry, for almost 5 years...but never till this week-end was I totally, unwaveringly sure...that I had not taken a wrong turn somewhere.  Now I know that this is really what God has lain on my heart..."God be Praised!!!"